I watched the last nine of Michelle Wie today and was thrilled for her that she won her first Major!!! Congratulations!

For all the ups and downs in her career, she has blossomed to become a US Women's Open title holder. The Stanford grad is in her next chapter as a professional.

So how does she feel about it? We saw the short interview with Steve Sands as she stood drenched in champagne. NBC signs off at 3 p.m. PDT and tells us on screen to watch Golf Central for the interviews and analysis.

Excitedly I did. I wanted to see an interview with her parents, competitors, Brandel, etc. Instead what did I find airing on Golf Channel? It was the live action first-round of the PGA Professional National Championship. Really, Golf Channel?

That's your support for women's golf? Not Golf Central following every other PGA tournament? That was the case certainly with the US Open. I admire PGA Professionals and they help grow the game, but this couldn't be delayed a bit? Or even interrupted with Live Coverage from the US Women's Open? This wasn't final round coverage.

So we will get an hour delayed live interview with Michelle, or a tape-delayed version.

Great job, Golf Channel and NBC, for parlaying the NBC audience to your Live Coverage show. This has to be the worst decision of the day!!
Posted by Suzanne Woo at 3:54 PM No comments:

How did you complete that heading? The commonly said phrase is "Good guys finish last."

I hate that phrase!

I don't know who first said it or its background, but Phil proved it's just not true at The Open and since then. I've never seen a caddie cry because the pro he's looping for just shot the round of his life to win the coveted Claret Jug. Bones did that for Phil before the end of the final round.

I've also never seen a champion sign autographs before being awarded the trophy. Phil did that at The Open. The British fans didn't care he was an American. They treated him like he was one of their own because they appreciated his great play.

Finally I've never seen a champion bring his trophy to his club manufacturer's business to share in the victory. Phil did that with an impromptu visit to Callaway's headquarters so every employee could touch the Claret Jug.

I've been disappointed fan of Phil's because of some of his antics... like his drive on the final hole of  the infamous US Open to lose it. Or his attempt to get on in two at the 18th of Pebble that he wasn't able to pull off. But this victory at The Open was sweet for his fans and for all of golf.

He proved that saying wrong and showed instead that it should be "Good guys finish first!"

Here's to hoping you finish first in every way with your clients and prospects!

Posted by Suzanne Woo at 7:06 PM No comments:

The third Major is being played at the historic Muirfield in Scotland. 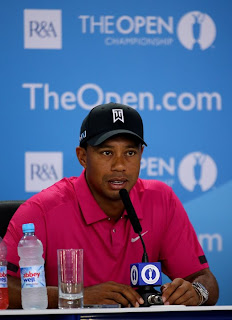 Story lines include playing at an all male membership club, how will Rory play (not well today), whether Tiger can win his 15th Major finally, the challenging links golf course, and can the leader hold on for four days.

Here are the ESPN tv times in ET:

If you're in the US, you can watch the coverage and then play 18 with a client or prospect.

P.S. Even if you're not playing, invite a client or prospect interested in the Open to watch it over some drinks
or a meal.
Posted by Suzanne Woo at 11:09 AM No comments:

7 Lessons from the Fourth of July 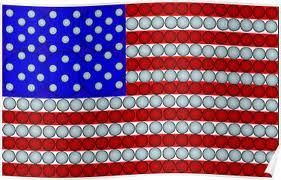 This post won't be about business golf, but something much more important...

The birthday of our of our country is on Thursday. I unfortunately live in a city that celebrates WorldOne
Festival that day... whatever that is.

Horsesmouth sent a reprint of  its "7 Lessons from the Fourth." In case you didn't receive it or missed it, I wanted to make sure you see it.

Better yet, I suggest you read it, send it to your clients and prospects, and others that you know.

I hope you can squeeze a round of golf in on the Fourth as we
celebrate this great country.
Posted by Suzanne Woo at 9:31 AM No comments:

Radio interview for you, especially if you're a financial advisor

I haven't written in a while. A family member's illness took my full attention and energy. Things have improved, and I wanted to share with you the latest in golf.

First, the USGA did ban anchor putting officially. So if you putt like Adam Scott, you might want to start practicing a new stroke by January 1, 2016, which is hen the new rule becomes effective. You can still use a long putter and putt like Matt Kuchar though.

Second, I want to share my radio interview, Using Business Golf  to Grow Your Business. Sean Bailey,
Editor in Chief of Horsesmouth, and I talked golf last week. If you're a member, click onto this link:

If you're not a member of Horsesmouth, you can sign up for a free trial membership and check it out!

Enjoy and let me know what you think!
Posted by Suzanne Woo at 12:26 PM No comments:

Think You're Not Athletic Enough to Play Golf?

I often hear from audience members at my presentations that they're not athletic enough to play golf. I share a secret with them that golf isn't about brute strength for most of us recreational players. I even talk about how some wounded soldiers who are now amputees can play. And if they can do it, then all of us with our two arms and legs can certainly play.

Then I saw this video of Nick Vujicic, and I'll need to change my answer. Warning: If you're not religious or an atheist, then you might want to mute the sound because this man thanks God for his life and spirit. He's an incredible man!

Posted by Suzanne Woo at 7:03 PM No comments: 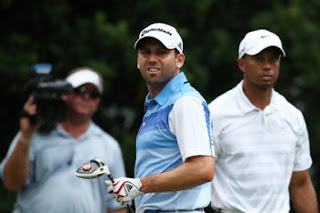 If you follow golf, then you know that there is a war of words between Sergio, Tiger, and now even the marshals at The Players.

Sergio accuses Tiger of pulling a club when Sergio was in the middle of his swing causing fans to cheer. That disturbed Sergio, who hit a bad shot and now blames it on Tiger's poor sportsmanship.

I saw Sergio's shot live, but it didn't show where Tiger was in relation to Sergio. Apparently he was 50 yards away. Tiger thought Sergio had already hit and supposedly asked a marshal.

Now the marshals are in the controversy. Did they or did they not tell Tiger that Sergio hit, etc.?

I want to scream, "Children, stop, sit down, and be quiet!"

First, Sergio should have just talked to Tiger about Tiger's supposed rudeness. He didn't have to air what happened to the media and try to get sympathy. Sergio likes to play victim. Remember his comments after the Masters two years ago that he wasn't good enough to compete any longer?

Second, if Sergio was disturbed by the cheer, he should have stopped his swing midway. Tiger didn't blame the dragonfly on 14 that interrupted his swing. He stopped midway and then swung again. His shot then went into the lake, but we don't hear him complaining about the dragonfly.

Finally, Sergio needs to take responsibility for his bad shot. This isn't the first time I've seen a crowd cheer in the middle of a player's swing. Although the crowd may be on another hole, Tiger was half a football field away.

I try to like Sergio, but he needs to grow up. I've seen him spit in a golf hole, break a television camera, and now whine about Tiger. It didn't surprise me that he dumped two shots in the water at 17. He won't win a Major until he matures and stops being the victim. He doesn't need a swing coach. He needs a therapist.

Posted by Suzanne Woo at 6:10 PM No comments: